BRIDGING DIVIDES is my collection of music-based projects and initiatives, all aimed towards healing divisions in ourselves, our families, our communities, and our world. It currently includes:

Throw out the rules when the Billy Jonas Band hits the stage! It's a musical conversation… a sonic celebration … a splendiferous gathering of old and young, because at a Billy Jonas Band show, the ensemble is… everyone 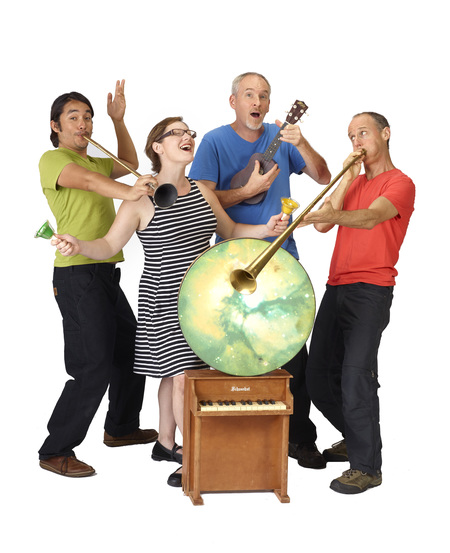 "My favorite instrument is the audience. I work to 'tribalize' the compositions … to create songs that provide an immediate opportunity for the listener to join in."– Billy Jonas

Fun for All Ages

The Billy Jonas Band loves to engage and delight both young and adult audiences. Whether performing for adults, families, school groups, faith communities, or a mix, they strive for a musical excellence that inspires, entertains, and moves people literally and figuratively. With "wild winded word magic" (Dirty Linen Magazine), homemade "industrial re-percussion" instruments, exquisite 3 and 4 part vocal harmonies, plus guitar and bass, they love to create community through song and story. Their specialty: finding and pushing your "wonder" button.

In 2010, the Billy Jonas Band was honored with a performance at the White House! BILLY JONAS: (vocals, guitar, re-percussion) co-founded Oberlin's Big Bang Theory in the 80's, went on in the 90's to funky folk fame and fortune with TheBillys, and now with The Billy Jonas Band goes hummin' and strummin' and bangin' and sangin' across North America, promulgating homemade "industrial re-percussion," genre-bending "funky family folk," and the participatory joy of "everybody's in the band." SHERMAN HOOVER: (vocals, bass, re-percussion) – With a varied background in classical, jazz and progressive rock,Sherman holds down the funky bottom for the band while adding innovative harmonies to the mix. JUAN HOLLADAY: (vocals, marimba, re-percussion) – Juan is a mover and a groover and adds sweet tenor harmonies. His band The Secret B Sides has been voted #1 soul/R&B band in Western NC for 3 years running! 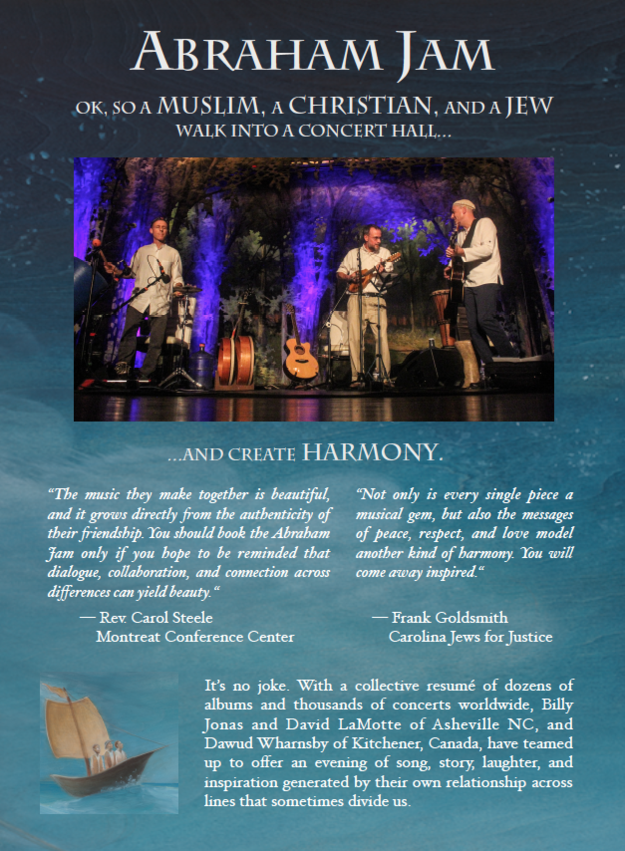 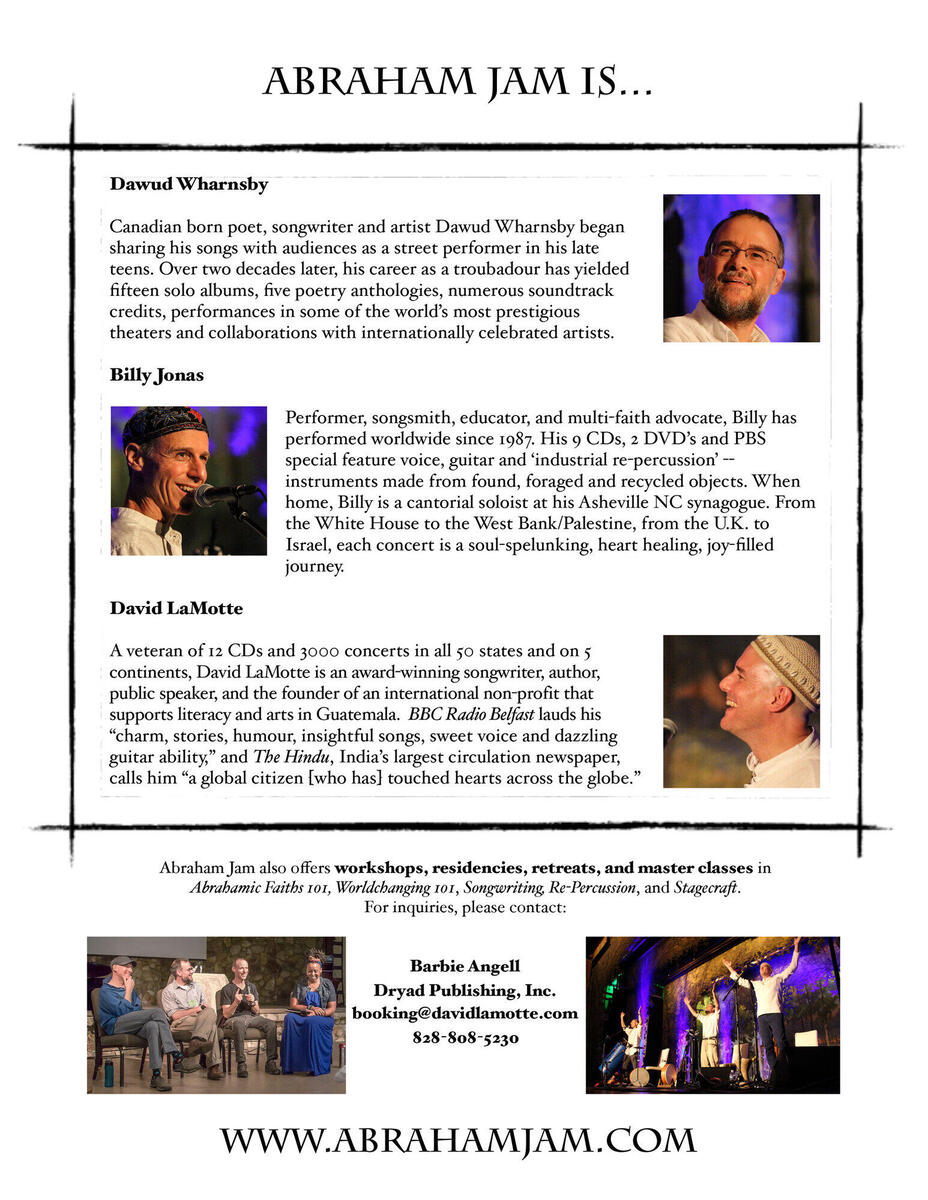 "A Muslim, a Christian and a Jew walk into a concert hall...." For real! Abraham Jam is the brainchild of singer/songwriter and peace activist David LaMotte. Since 2015 Billy has been a member, dedicated to fostering dialogue, understanding, and celebration among folks from the three "Abrahamic" faiths. Each concert and/or workshop features a trio consisting of professional musicians from each tradition. Instead of alternating in the sharing of their songs, they participate in making music together, embodying their mutual respect and affection, rather than just talking about it. Members of Abraham Jam have included Billy, Dawud Wharnsby, Dan Nichols, David LaMotte, and Chris Rosser. For more detailed information contact susan@loydartists.com.

Visit the Abraham Jam website here to find out where we will be performing during the months ahead or to book us for a concert in your area. There are also some live videos on the site for you to enjoy! 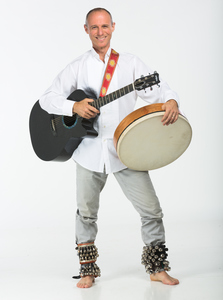 For over thirty years, Billy Jonas -- performer, singer-songwriter, composer, multi-instrumentalist, and educator -- has perfected the art of the neo-tribal hootenanny* with audiences around the globe. Using voice, guitar, and industrial re-percussion,* each concert is a soul-spelunking, heart healing, joy-filled journey. Billy developed his craft in the late 1980‘s as a founding member of the Oberlin College Big Bang Theory performance art collective. He refined things further in Chicago during monthly “Bangalong with Billy” shows at the No Exit Cafe, and subsequently in the 1990‘s as a co-founder (with Bill Melanson) of the funky folk* duo The Billys.He currently tours with the Billy Jonas Band, with Abraham Jam (Muslim-Christian-Jewish trio), and solo. The Billy Jonas Band was honored with an invitation to perform at the White House in 2010.